New allegations have surfaced about Paul Pelosi Jr., the son of House Speaker Nancy Pelosi, from a former girlfriend who has filed a lawsuit against him.

Karena Feng alleges in an explosive lawsuit that Pelosi Jr. defrauded her out of property that belonged to her family, forced her to have an abortion, and called child protective services on her after she threatened to expose him for real estate fraud.

While speaking with the National File, Feng alleged Pelosi Jr. was “abusive” to her, forced her to have an abortion by threatening her life, conducted foreign business while claiming to be a representative of Nancy Pelosi, and engineered Child Protective Services’ seizure of her four children.

Feng supports her claims with text messages and documents presented in this article below. Her entire lawsuit can be read here.

The property in question in Feng’s lawsuit, on the corner of 24th and Utah Street one block from San Francisco General Hospital formerly housed her father’s China House Clinic, an acupuncture and healing clinic.

It now houses a decrepit low-rent motel that is reportedly filled with drugs and prostitution.

Feng said that Pelosi Jr. coordinated the transfer of the title for her property to an entity called “Feng 24th, LLC,” which uses her family’s name but has no association to her family. Feng asserts that she never signed any document authorizing a sale.

Feng alleged that Pelosi Jr. forced her to have an abortion by threatening her life.

CPS took Ms. Feng’s four children, ages 13 and under, away from her when she was in the hospital having her most recent baby, and placed them in a foster care situation that Feng says is abusive. The original anonymous call to CPS against Feng was based on the claim that Feng was mentally ill because she imagined a false relationship with Pelosi Jr., according to court documents.

Feng went on to allege that she had an abortion in May 2015. The next month, Pelosi Jr. unsuccessfully tried to impregnate Feng by “appointment.”

“I only slept with him like once but I was on the same bed with him many nights … He has a medical issue of erectile disorder,” Feng said.

In May 2016, Pelosi Jr. allegedly threatened to use Child Protective Services to take Feng’s children away, according to this text message presented below: 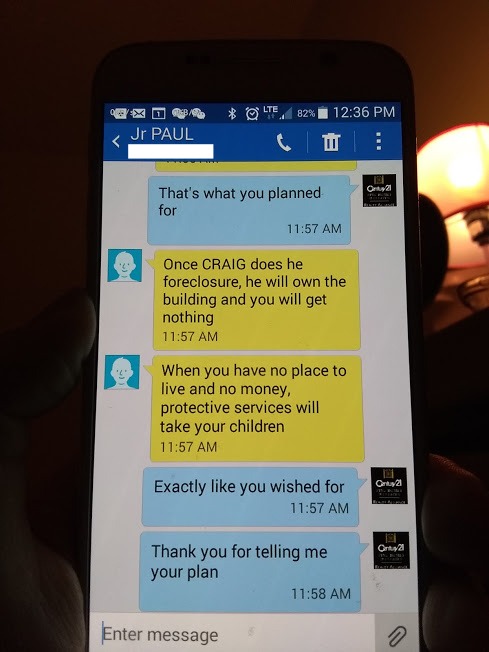 On October 5, 2018, an anonymous call was made to Child Protective Services against Feng.

The call was made the same day that Feng filed a real estate or investment fraud complaint with the San Francisco district attorney’s office.

The allegations against Pelosi Jr. are so explosive that One America News Network featured a clip detailing the case.

These allegations against Pelosi Jr. are incredibly serious.

But it seems like the entire case has been swept under the rug and nothing new has been reported about it in recent weeks.

Send this to a friend